Dua For Reconciliation Between Husband And Wife

Best Dua For Reconciliation Between Husband And Wife, Our feet have just settled in the 21st century and it already seems that we have come a long way, steering through buttons and riding our actions on technology.

The civilization to its utmost, I would say, so proficient that we have begun to profess too. But are we all that what we claim to be? for our actions contradicts our words; for all our innovations stand redundant when we fail to win those little battles emanating in our very rooms.

Those battles which are waged between the two people who are bound to each other by love and nothing else. They say we choose and are being chosen in the heavens, but unfortunately we are so given to our nature that all we do is to carve our respective hell.

Marriage is that everything which begins to happen the very moment we utter our acceptance of each other “three times” and put our signatures on the Nikkah Nama (The Contract) and unfortunately, when everything becomes to fall apart we begin to move toward the other contract, that is, the divorce.

dua to reconcile husband and wife

If Allah, the almighty is the one to guide us to each other, then why don’t we resort to him before walking away from each other? If you are reading this and have already begun to relate, then it is time to “Go back to the scripture”.

go back to that super natural power, which is the remedy to everything and even to our ailing relations. Raise your hands to him for the sincere dua, and the reward of taking this one tiny step toward him he will come to you through thousand steps.

Reconciliation is not an act but an art as to Allah- the Almighty, the one who reconciles stands on the highest pedestal. And, if you look up in the Quran, it is Surah Al- Anfal: Verse 63 which talks of reconciliation even between the warring tribes. The translation of the verse is:

best dua to reconcile between husband and wife

The meaning has one simple derivative that reconciliation is the duty of hearts striving for harmony and if the road to reconciliation seems dark then prays to Allah to lighten your path as he is the one with the immortal charm to supplement our mortal acts.

Allah is “Wadood” meaning loving, and to our ease, if we recite “ya wadoodo”, he would instill love in our hearts and in those in need of it.

The exact number of recitation varies as it has varied connotations, in order to avoid undue dilemma it is better to follow the version of hadith you usually relate or refer to someone well versed in Quran.

When our most beloved relations goes acrid, our mind usually stroll towards the negative and make us look at the road to reconciliation as the impossible one.

dua for reconciliation between hearts

Surely, the Shaitan’s doing. But if you go back to your own history you will find that Allah has even commanded those on the battlefield to first try for reconciliation before touching arms.

They are not vacant words, it happened for real, during prophet’s time there were two warring tribes Aws and Khazraj in Yathrib( erstwhile Medina).

Before their acceptance of Islam their relation was guided by animosity alone, their supporters had instilled rivalry and their battles inflicted huge losses.

But, after their acceptance of Islam, they united for good. I quoted this event just to wind away the clouds of impossibility. And, those who have faith in their hearts and reading this should know that, it is only he who turns every No into a yes.

To Allah every good word spoken is Sadqah (the charity), and those who administers grudge their hearts are only cutting themselves. The “reconciling people’ should be regarded as the most important one as they are the strongest link in the chain uniting the Ummah.

The process of reconciliation has three simple steps; firstly it requires controlling of the anger as anger is that blade which cuts our own hearts, doing more damage to us than to others. Second, comes the act of forgiveness as those who forgive are forgiven by Allah and then to reconcile, not once but many times even after repeated failures.

This might all seem to be an exaggeration but Allah has commanded out of the way initiatives just to reconcile. He even allows lying if that lie leads to mending of relations as a lie leading to a good is far nobler than the truth leading to destruction. Dua is a powerful act present to each of us even if we belong to islam or to any other religion, as we all raise our hands in faith. According to Al- Bukhari Hadith.

dua for reconciliation with husband

Allah says delay those who harbors grudge for their dear ones and talk act their backs rather than resorting to reconciliation and when he opens the doors of paradise to pardon even those associated with Allah, but deliberately left those who rancor against their dear ones and delay them until they reconcile.

It is the initiative that matters, the act which urges us to do right and rest lies in the hands of the almighty. But, it is our responsibility to do our dear ones the much needed good. As the descendants of the 21st century, it has becomes our moral responsibility to check our phones before we go to sleep but we forget to check on the ones who really matters.

Sometime our small acts are capable of doing the good when our over the top gestures fail. Like a smile before he leaves for office, oiling her hair when she is low and those cuddles which is much needed for the child who lies in all of us. May Allah enlighten us?

Review Dua For Reconciliation Between Husband And Wife. Cancel reply

About islamicways 106 Articles
Maulana is a indian muslim researcher, he have deep knowledge of quran, thousand of peoples are studying quran under Mr. Maulana guidance. according to Maulana quran has power to solve all human problems and he are here to solve those problems using his knowledge. 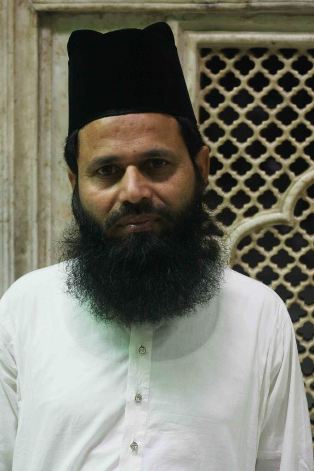